When I travel to Macau and I can feel a lot of fresh and interesting things, so many show and event I can choose to visited. I can’t believe that I can participate in it today. When I got the project, I knew that must be a very important project, because the guests invited by the conference were superstars, such as David Beckham, Fab Four and so on. This work is a new project of the Sands Group – Macau Londoner Launch Conference.

I like the UK very much, such as British accents, gentleman’s courtesy, beautiful historical buildings, Beatles, Queen and Premier League. I have been a super fan of Arsenal since I was a child.

My task is make the event very British atmosphere. We have studied a lot of British culture and the daily life of the British. Creative director Dawn Dennis decided to use the film to create a “A Day of British” as the opening of the event. From the sun rising from the London Bridge, the busy station, the busy city until the evening of work. During the guest interview, I remembered David Beckham’s preference for fashion and image. I made a simple but elegant pattern and animation to match their visit. Finally, I was able to make 8 song clips about the Beatles for Fab Four. I was very happy to make video content for the Beatles.

THE LONDONER MACAO UNVEILS USD2.2B PROJECT, EXECUTIVES TO INVEST MORE IN THE MSAR 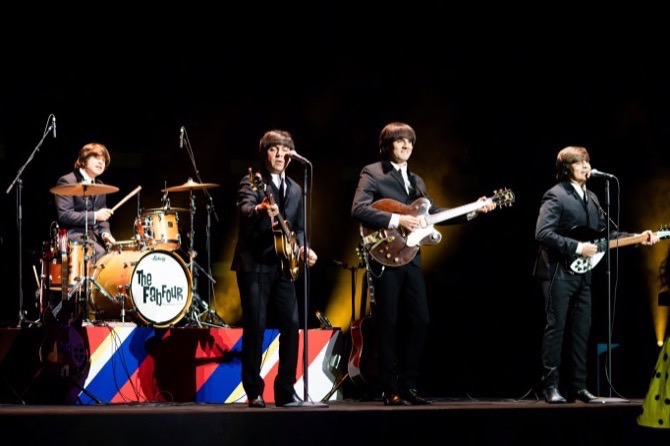 Set to open progressively in 2020 and 2021, the USD2.2 billion project will convert the current Holiday Inn Macao Cotai Central to The Londoner Hotel which will feature 594 rooms, along with The Londoner apart-hotel that will accommodate 368 apartments.

The Londoner Macao will feature recreations of classic British landmarks, with an exterior facade modelled on the Palace of Westminster and Houses of Parliament, complete with 96-metre Elizabeth Tower and iconic clock face.

Las Vegas Sands president and chief operating officer, Robert Goldstein, stressed that The Londoner represents a new addition to the landscape of this “transformational city.”

“The Londoner represents a transformation [of] previous hotels that could be improved upon. […] It’s also a part of Mr Sheldon Adelson’s vision for diversification: more retail and MICE spaces, and more entertainment,” said Goldstein.

“Our hope is to continue to invest billions of dollars in this city. […] We’re continuing our belief in our commitment to invest in Macau [as] part of the Greater Bay Area transformation and the Greater China,” said the executive.

With Sands China’s gaming concession set to expire in 2022, Goldstein is nevertheless confident that the government will renew its license, hinting that that their heavy investments in non-gaming elements match the SAR’s expectations.

The new project’s gaming areas offer over 34,000 square metres of gaming, including over 450 table games and more than 2,000 slot machines, as well as rooms designed for VIP and premium players.

According to Wilfred Wong, president of Sands China, 95% of the project focuses on non-gaming elements, including restaurants, retail offerings and entertainment facilities – a response to the idea of Las Vegas Sands’ CEO, Sheldon Adelson, which aims to bring iconic places in Europe to Macau.

These non-gaming elements include over 20 dining options, with new restaurant concepts such as a British style gastropub by Gordon Ramsay and a new Thai restaurant, The Mews. 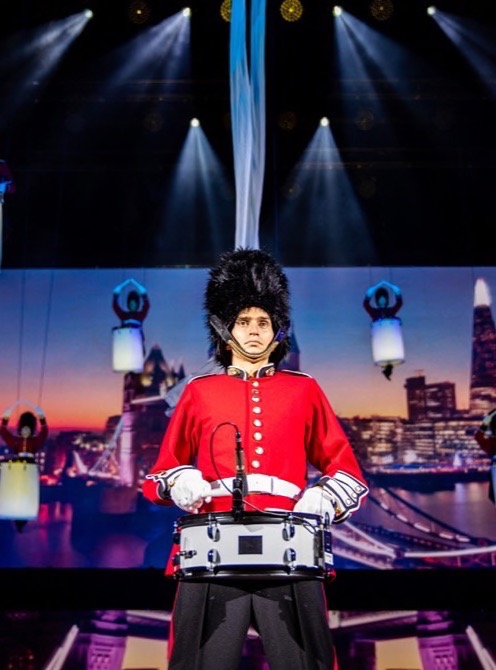 The current Shoppes at Cotai Central will also be converted into Shoppes at The Londoner, featuring 200 stores. A 34,300 square metre meeting and convention space will also be featured, as well as three spas and four health clubs.

The Londoner will have capacity to hold British-themed Streetmosphere shows such as the famous Changing of the Guards and daily retail parades featuring characters from British history, culture and literature.

“We were very successful in creating The Venetian and The Parisian and we felt that in a city where everyone is competing to give the best to the costumers, iconic buildings do have an advantage,” Wong explained.

Wong admitted that the project is challenging, yet remains confident in the gaming property’s skills.

The executive remarked that the SAR currently has the highest standard in hospitality, making competition within the industry more challenging.

When questioned why themed-resorts have been successful in the city, Wong said, “Competition is so keen. Everyone is trying their best in upgrading their standard [and] in order to differentiate themselves to others, we need to have buildings and properties that can be recognized immediately by people.”

The president also added the new project has sourced from local small and medium enterprises, pledging that the hotel would continue to prioritize local residents as employees.

Meanwhile, David Beckham, Sands Resorts Macao global ambassador, is working with the interior design team to bring his style to the exclusive top floor suites of The Londoner Hotel.

“There will be certain details that scream London and what I love. When I’m involved and partnered with someone, I am in 110% and these are the things that are important to me,” said Beckham.